Home
/
Relationships
/
The Positive Side of Anger in Relationships: A Door to Increasing Intimacy

While this article focuses on positive anger, my last article on anger, “The Dark Side of Anger: What Every Couple Should Know”, outlines how and when anger is destructive in a relationship. The Gottman research pinpoints destructive anger as being one of the biggest predictors of relationship distress and divorce.

The article covered strategies when the dark side gains momentum and escalates. Internal anger lays dormant and becomes activated when triggers signal the brain to stay alert, defend yourself, and either draw your lightsaber, or shuttle out of there. Oftentimes fear, hurt, pain, or shame is layered underneath the protective dark side.

Take a break from the conversation. When calm, explore the strong reaction and what triggers may have been set off. The Gottmans refer to this as “enduring vulnerabilities”.

Most likely, triggers are found in our own histories, before even meeting our partner. Recognizing that triggers are often unconscious and involuntary helps to get another perspective on understanding what happened.

It seems counterintuitive to claim that conflict presents opportunities for greater intimacy. However, we have learned from relationship research that when partners can raise issues that they are not happy about and both feel listened to and responded to, that is exactly what happens.

By naming what isn’t working for one or both partners, the couple now has the opportunity to “self-correct”, to put the relationship on a better path. Anger indicates that something is off, there is a misfire, misunderstanding, or missed opportunity for connection. The key is to be aware of which door to go through when managing anger and conflict.

It was a great opportunity to get away for a bit of time and spend a relaxed afternoon together. Sofia looked forward to the drive to their favorite beach as much as she looked forward to actually arriving there. Eric had made the suggestion for the trip and both laughed when they recalled their last visit to “their spot” included an unwanted gift from a passive-aggressive seagull.

After they arrived and started walking down off the bluff the laughter continued when Sofia suggested Eric look up and to the left while she looked up and to the right for any suspicious “fowl activity” headed their way.

As they walked along the stretch of sand, as was their tradition, Sofia commented that she had mixed feelings. On the one hand she was happy they were taking time to be together, on the other hand, she felt sad that it seemed to her that it had been a long time since they made that time. She realized she had been feeling lonely lately.

Eric felt angry, stopped in his tracks and looked away. He was having a good time and wondered why Sofia had to focus on something negative rather than positive. Sofia stopped walking and looked at Eric, realizing that both their moods changed. She felt angry too.

Eric responded telling Sofia that he was feeling her timing was not working for him and couldn’t she stay in the moment, enjoying each other and the beautiful beach area? Sofia responded with her own anger emphasizing that Eric didn’t need to get defensive, and why shouldn’t she express herself?

Conflict Can Lead to Greater Intimacy

Eric and Sofia had a choice in that moment. They could walk through the hurtful angry door, one at a time, or together. Or, they could use their anger to figure out together what was going on. They realized they needed to talk about their perspectives to get on the other side of what just happened.

Eric reached for Sofia’s hand and Sofia leaned into Eric as they both looked out beyond the waves. The rhythmic sound of the gentile waves created a perfect background to have the needed conversation.

Eric asked what was going on. Sofia shared that she loved to spend time with Eric and that she missed him lately. They had both been stressed with work responsibilities that seemed to demand more and more of their time. Eric just listened, and kept holding Sofia’s hand. He could feel her relax. He could also feel himself relaxing. Eventually Eric simply said, “I get it. We have been preoccupied and overworked.”

Eric shared that at some level he knew they weren’t spending enough time together. The truth was, he shared, that he felt guilty about how much time he had been spending at work. He realized now that when Sofia said she felt sad they had not spent much time together lately, that his guilt came front and center.

Eric always seemed able to make Sofia laugh. After they shared their perspective and feelings about the bind of not spending much time together as of late, he took the posture of a proper gentleman (as he called it), and bowed apologetically for his initial reaction.

Sofia too apologized, acknowledging that her timing “probably sucked”. Eric responded with laughter and appreciation.

Choosing the Right Door is Self-Reinforcing

Learning that conflict, while uncomfortable, can lead to increased closeness becomes easier over time because it works. Relationship research informs us that feeling heard and respected, especially when sharing difficult emotions related to the partner and/or relationship. leads to “emotional attunement”. Emotional attunement is the best and fastest way to build trust in a relationship. Managing emotions is possible!

In the relationship research anger was not a predictor of divorce unless it falls into the “Dark Side” of anger category. These patterns include escalation, and negative interactions characterized by criticism, defensiveness, stonewalling and contempt.

In stable relationships, anger is expressed, even poorly sometimes and in the shadow of the dark side, but doesn’t escalate. Negativity bring negativity, as evidenced by Eric and Sofia’s initial argument. However, they were able to repair the angry responses and have a discussion about needs. Through compromise and ongoing discussions, they tried to keep the emotional distancing at bay.

The conversation ended with a plan to recruit the passive-aggresive seagull to fly over their respective bosses. 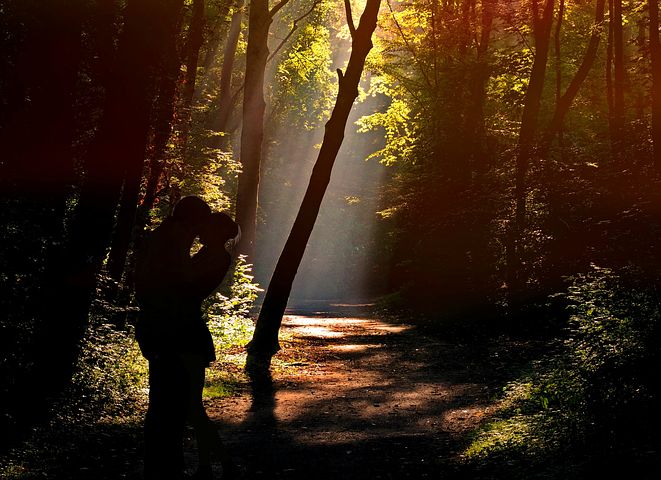